Here you can contact the developers for your questions and suggestions.

oburi wrote:premium JA humor! but he is no joke either.
great character.

It wasnt ment that serious either, I dont know how endstate will deal with humor but i guess some more serious characters (like vadim) are appreciated. I want to make some small artwork for my more "serious" character ideas and post them asap.
Top

Name: Morris Fletcher
Nationality : British... and well... English... VERY English
Age: 37 years
Backstory : Fletcher in the youngest son of a titled English family, and was a child of privilege, attending Eton College only to be tossed out after an unfortunate incident involving a pyrotechnic device. Morris attended a series of other places of higher education only to incur the wrath of the school administration for similar impetuous and/or quasi-criminal acts. Shunned by his family and his own higher society, Morris enrolled in the British Army, where his daring and multi-faceted skills in languages, his physical dexterity and technical prowess lead to his eventual deployment with the Special Air Service. This promising career ended following the discovery of Fletcher and the Commanding Officer’s spouse in “flagrante delicto” in the officer’s mess broom closet during the formal ball on New Year’s Eve.
Skills: fluent in multiple languages, proficient in mechanical and digital equipment, explosives, timers, locks, alarms etc. Fletcher is of slight build but is physically agile. Fletcher’s polished manner allows him to employ considerable charm to all, and can talk his way out of “sticky” situations, where others may flounder. The other side of the coin is that Fletcher does not “suffer fools gladly”, and may be condescending to those less gifted.
Top

Name: Angelia Diablo
Nationality : Columbian
Age: 33 years
Backstory : Angelica grew up in Columbia in the midst of the turmoil and carnage of both the drug wars and the political intrigue that verged on civil war. Born of modest means, Angelica recognized that morality is not black and white but instead just various shades of muted grey. Angelica soon learned the best guaranteed for both material success and longevity is to not tie one’s self to a particular side or creed, but to be attuned to the direction the wind is blowing. She never forgets that failing to do so too often results with one breaking up on the rocky shoals. As such Angelica realized that her natural physical abilities combined with a persuasive personality would allow her to act as a very successful smuggler of “controlled substances”; few custom’s officials would suspect her and those who did were soon disarmed by her considerable charms. When dealing with the less bureaucratic and somewhat more physical risks of competitors or attempted double-crossers, Angelica’s daft use of a knife and pistol soon had the survivors – when there was a survivor – developing a new respect for the “weaker sex”.
With the stabilization of her home country and the increasing risk in her trade, Angelica sought out other opportunities in Europe where her skills could be employed profitably.
Skills : slight in build, but with great skill in hand to hand combat, as well as edged weapons and small arms, Angelica is not to be underestimated. She also is very limber and has great stealth abilities. Angelica will stick with her mission and her team unless she suspects that others are failing her; angelica has per priorities clear, and the number one priority is angelica.
On the down side, Angelica is physically small, and would be hindered by heavy loads or weaponry.
Top

Name: Dwight “Tex” Ryder
Nationality : American
Age: 41 years
Backstory : Dwight “Tex” Ryder was named after Dwight Eisenhower, and grew up in Bushwhack, Texas, a small town in the south west of the state. Ryder joined the Army right out of high school where his no-nonsense work ethic, coupled with his large size and strength and well-practiced marksmanship earned him respect and numerous decorations in active service. Recently discharged after a 20 year career in the U.S. Army, Tex Ryder isn’t quite ready to saunter back home to his hometown.
Skills : Although a pillar of a man, Ryder is a man of few words; in fact he often goes through the day without saying anything. His silence allows him to take everything in, and he is very attuned to the environment around him, often perceiving potential risks through an almost “sixth sense”. Ryder has always been a bit of a “loner”, and works best when assigned a task and left on his own to accomplish it. He has no interest in advancement, and is not interested in any leadership or “management” roles. Ryder stands 6’4”, and is “strong as an oxen”, and possesses great physical endurance. The tradeoff is that he is not particularly agile. His strength and marksmanship make him a good choice for a sniper or as a heavy weapon operator. Just don’t plan on spending the night making small talk.
Top

Just to tell you, I've saved all these ideas for the mercs

Thank you for them.
End State developer
Top

Tradie from Brisbane, worked his whole life doing roofing with his mate Matty Mac. Caught some dickhead trying ta steal his tools out of the back of his ute, and ended up getting in a bit of a scrap. He told the coppas it was only self defence but he'd already been on probation for glassin a c**t down in Maccas last month and so they chucked him in the divvy van and now he's stuck at the cop shop for a while.

Crowbarr wrote:
Tradie from Brisbane, worked his whole life doing roofing with his mate Matty Mac. Caught some dickhead trying ta steal his tools out of the back of his ute, and ended up getting in a bit of a scrap. He told the coppas it was only self defence but he'd already been on probation for glassin a c**t down in Maccas last month and so they chucked him in the divvy van and now he's stuck at the cop shop for a while.

Background story:
A direct descendant from a noble family in the Hapsberg Empire, the Baron was used to having an air of authority. He grew up in a privileged Luxembourger family, unlike his siblings he joined the military at age 16, and as a student attended the Military Officer School in Brussels for 5 years - which was postponed during his deployment to Bonsia as part of a UN Peace Keeping force. As time went on, he rose to the rank of Captain and served as part of the ISAF in Afghanistan. After his retirement, he started offering his services for a price and most recently has been employed as a battalion commander for the Kurdish YPG in their fight against ISIS, where his skills placed him in a position to oversee operations that retook large swaths of ethnically Kurdish land.

Background story:
Robert grew up in an isolated fishing community on the East coast of Canada. It's said that as a kid, him and his friends would use BB guns to shoot the wings off flies as they buzzed around the fish that their parents would catch. Robert grew up to be a strong young man and joined the Canadian army after high school. During his training it became apparent that he was a gifted marksman, and eventually became allocated as a sniper to Canada's elite JTF2 special forces.

In Afghanistan, his five-man unit was lent to the Navy SEALs during Operation Anaconda where it was an incredibly effective tool for the USSOCOM. The unit swore to never to publicly disclose the number of kills they made. Over the two week operation, estimates put it around 200 confirmed kills. It was here that Robert made a world-record kill at 2,430 meters during a battle with the Taliban.

During a covert Canadian deployment to Syria, while helping local Kurdish he met a foreign fighter from Luxembourg who opened his mind to putting his marksmanship skills available on the free market. 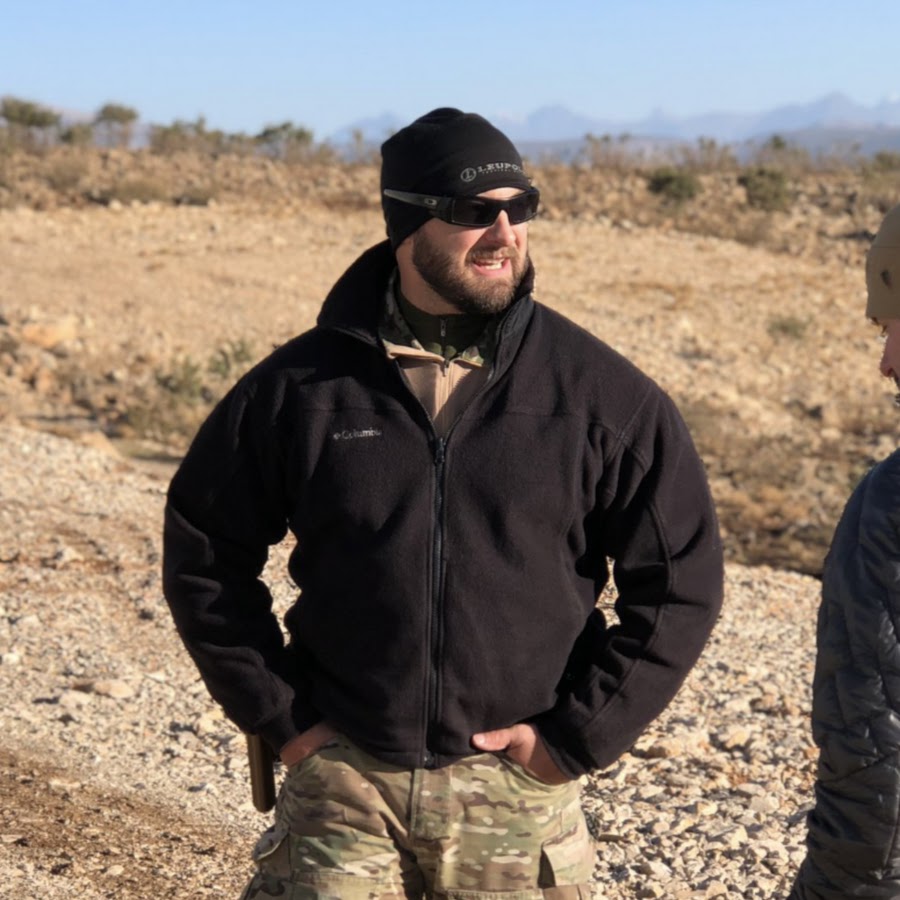